I agree that when a man uses a pickup truck to haul stuff or work out of it on a regular basis, such a vehicle is justified. BUT I believe that those who buy trucks, not needing them them for such activity, are pussy whipped at home.  In my day we used the words "hen pecked" instead of pussy whipped.  We have become more vulgar in our manner and behavior over the years and such words have become part of the vernacular.

When I spot a parked shiny pickup, that is visibly not being used as a tool, I have engaged the owners in conversation. "NICE looking truck, Joe!"  As though I had just praised the looks of his ugly new born child, he might answer, "Thanks!"  Then I ask, "What do you haul in it?"  "Nothing", is the usual reply.  Then I go for the throat, "Why, then, did you buy a pickup truck?"  At first I see a look of bewilderment, then a face turning beet red.  I see anger and I sense that I have insulted not only his intelligence but his MANHOOD!  Some day I'm going to find myself flat on my back with either a broken nose, jaw or at least the beginnings of a black eye.  Of course my eye glasses will also be broken and I'll have to buy new ones. 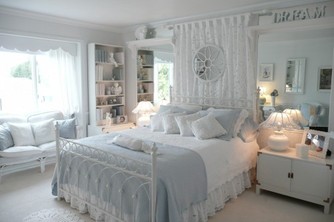 I suggest that one would find, in many of the homes today, no single room or space dedicated to the male of the house.  I purposely used the word male instead of man because if he were a man and contributing to the purchase, upkeep and maintenance of the house, he should have space that he can call his own. Women do; the entire house.

Women decorate the house and dictate how the house is to be run.  Males, in these homes, are so emasculated that their only way of showing that they are a 'man' is to have a pickup truck sitting in the driveway for the neighbors to see every day.  As a bonus, sitting up higher, they can lord over freeway drivers in their mere automobiles below.  "Hey you down there, look at me. I'm driving a truck therefore I am a man!" 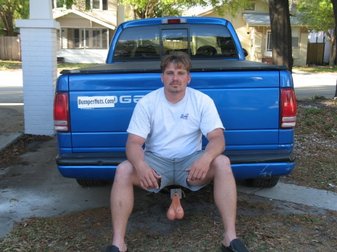 For the ten or so years that I worked for new home builders I always looked the man buyer in the eye and said, "Joe, you get the crawl space and the garage."  Nearly every time, the fellow would nod that what I had said was true.  Even before he had walked into the sales office, he had willingly given the female dominance over the domicile.  I learned very quickly that women buy the houses, not the men!  Perhaps, just perhaps, that is another reason men cheat; they have allowed themselves to become second class citizens in their own home.  In their quest to feel 'manly' again , regain their self esteem and self worth, they catch new prey...cheat.   In doing so, they create the ephemeral delusion that they are masters of their world...that is until they return home and park their truck in the driveway for the neighbors to see.
Comments to: scribed@aol.com  Subject:  Weebly