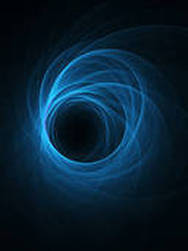 People speculate about the soul.  What is it?  Where is it?  Is it spiritual, ethereal? Those and other similar questions will never be answered nor will any hypotheses on the subject ever be substantiated.  But since I like to take chances, think out of the box, and adamantly resist the norm, I’m going to make a stab at it.

I’ve always heard the soul described as a thing like a heart, kidney, etc.  Things are nouns.

After only two days of on and off deliberation I have correctly concluded that the soul is not a noun; not an  it. Instead it is a verb.  It is the movement of information, the constant flow of historical and current data throughout the brain which we use every millisecond of our lives.

This flow of information begins at the initial moment of cognition in a child. The cataloging of daily experiences also begins in the brain for later retrieval.  More experiences mean more learning creating more choices, more alternatives, when it comes time to make decisions throughout one’s life.

Self programming, based on the child’s moment to moment history, also ignites at this point thus affecting all future actions.  It is the constant aligning of one’s life experiences making possible instant decisions such as yes or no, right vs. wrong, turn left or right, love, hate, ad infinitum. A decision made on a Friday may be “yes” whereas on Monday, while during the processing of new information or emotional change, the decision would swing to “no”.

Is the soul responsible for deciding between vanilla and strawberry ice cream?  Yes. Choosing a mate?  Yes. Murder?  Yes. All behavior?  Yes.  All yes.

Theologians might argue that the soul is Holy in nature. They are making their judgment based on the historical data flow in their own brains. They are using their personal yardsticks with which to speculate, as am I here.

For eons we thought Pluto was a planet.  Astrologers now tell us that it isn’t.  For many years the medical community told us to drink large quantities of water daily.  With new studies they now say the amount previously suggested was too much.  How can we rely on any information provided by “specialists”?   Ergo, why should we accept the speculations of others who refer to the soul as a thing?  What makes my speculation less credible than others?

My definition of the soul is:  The constant flowing of information gathered at will from information stored elsewhere in the brain to be used in decision making.

BRILLIANT!...even if I do say so myself